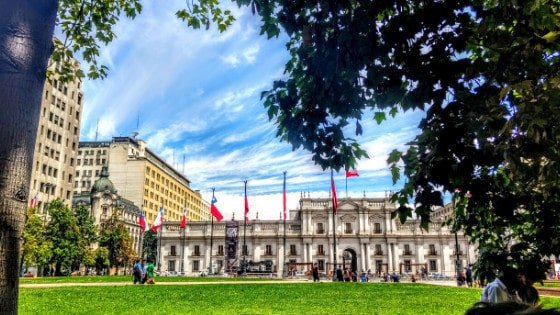 As of 2020, there are 130,930 recorded number of K-12 schools in the United States of America (U.S.A), according to the National Center for Education Statistics (NCES). This means on average there are 2,618 schools per state, with some states like California and Alaska being above and below the curve, respectively. While this may appear to be large, the trend actually points to a decrease in total schools since 1930, when there were over double the current number of schools in America. However, the average number of students per school has accordingly doubled as well.

Despite there being 130,930 schools, not all schools fit under the same umbrella. The number of high schools in the US are 26,727, while the total number of elementary schools is about four times that amount at 87,498.

Does further data analysis ask questions like: how many students who graduate from high school are likely to acquire a high-paying job? Which students in each geographic region of the U.S. tend to do better on standardized tests? Some argue ACT scores do not matter in the long run, while others may strongly disagree. 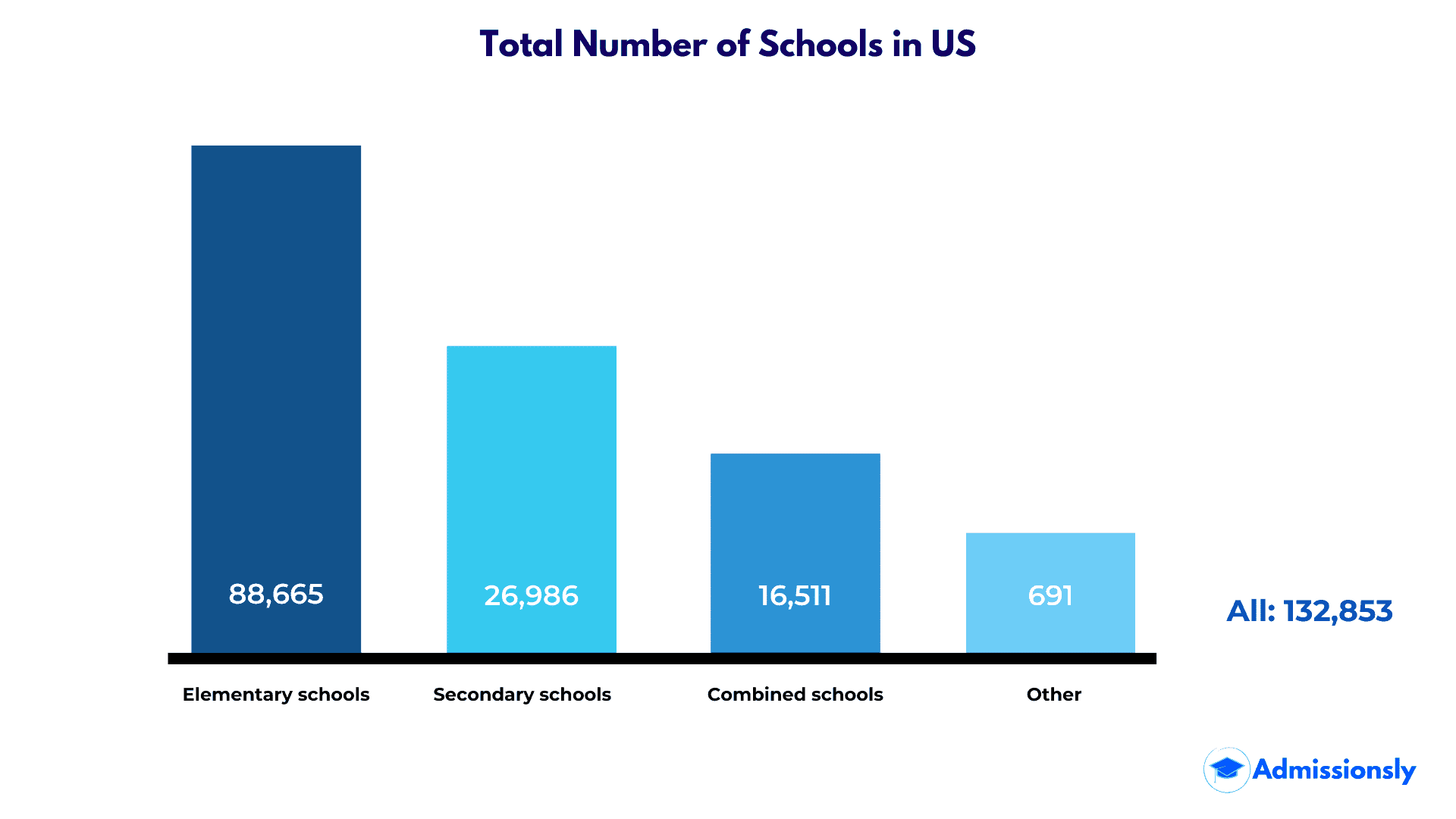 Learn more statistics about school in 2020 below.

How Many Public Schools in the US?

Public education facts provided by educationdata.org report that there are 97,568 public schools in the U.S. Of these public schools, approximately 67, 408 are elementary schools and 30,160 are public secondary schools. This number is a substantial jump from the first record of public schools in 1929, which was noted at 248,000 (nces.ed.gov). While enrollment statistics are positive for growth in public schools, the leading minority matriculate close to half the number of white students. The total amount of spending on public schools is expected to reach $680 billion.

Other key statistics on the number of public schools in the U.S.:

How Many Private Schools in the US?

Other key statistics on private schools in the US:

How Many High Schools are in the US?

Other key facts about high schools in the US:

There are approximately 130,930 K-12 schools in the U.S., according to the most recent report from the National Center for Education Statistics (NCES). This number is substantially higher than the number of K-12 schools in 1980, which was 106,746. States have been the primary funders for their K-12 schools, while the federal share of K-12 spending has risen from 5.7 percent to 8.3 percent over the past twenty years. This number is expected to increase steadily over the next few years, according to the NCES.

Elementary schools have experienced the greatest increase in enrollment when compared to secondary schools. In total, elementary schools have about 56.6 million students. Elementary school statistics display that the growth of these schools is trending even further upwards, with estimates as high as 86 million by 2027. This number is, however, lower than the trend has been in recent decades, according to educationdata.org. The most recent estimates of secondary school enrollment as well as elementary middle high schools postulate that by 2018, the total number of students was 15.3 million. The rise in elementary middle high schools is to consolidate schools where enrollment may be failing. 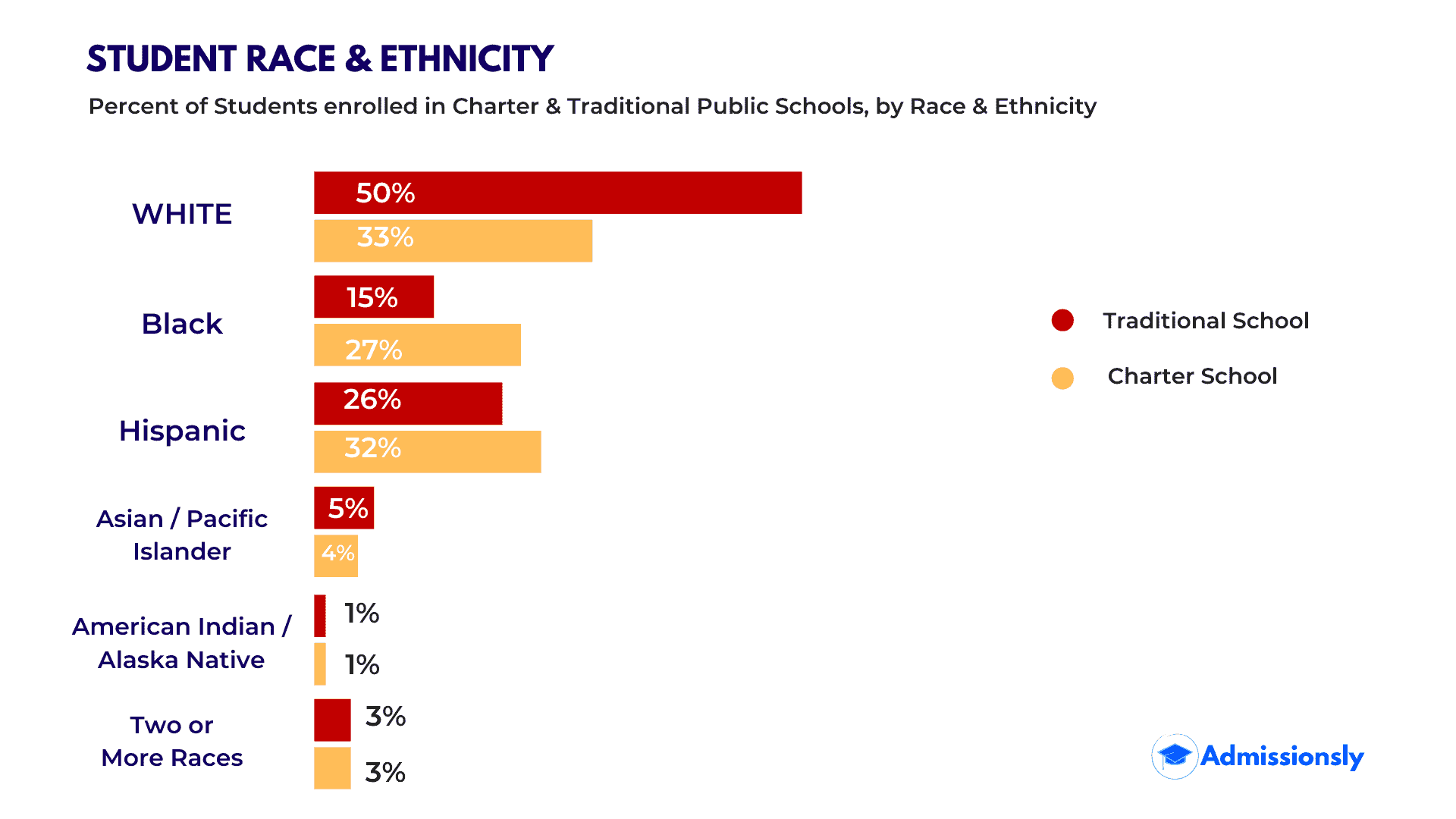 Charter school enrollment has grown more than 7% from 2009-10 to 2015-16, according to NCES. Charter schools with over 300 students have increased enrollment, however, those with less have decreased their enrollment. (nces.ed.gov)

Special Education Schools: School geared towards people with special needs including conditions like down syndrome, cerebral palsy, or even behavioral issues.

Vocational Schools: Schools that provide practical skills training as opposed to academic study, or a traditional school route. This school is a useful path for people who are looking to enter the industry for the first time, reenter the workforce, or pursue a new field.

Alternative Schools: Schools that offer specific accommodations for the behavioral or medical needs of students that can not be relied on in a traditional education setting.

What is the Average School Size?

The average school size in the U.S. is approximately 526 students. The average school size varies further when considering the location. City schools, for example, average about 591 students, while suburban schools average about 656 students. Town level students see a decrease at an average of 444 students and rural even further at an average of 358 students.

Other key facts about school sizes in the U.S.:

Some crucial factors like racial diversity are still uneven, however, they have been improving over the years. Whites, for example, accounted for over 50% of students in 2000, but now they account for about 38%. The United States has about 77 million students in total, which means there are a lot of minorities out there. Every state is different, however, and some need more assistance than others. Overall, enrollment rates will continue to rise at a steady rate.

Special schools, vocational schools, alternative schools, and magnet schools are also on the rise as more and more legislators, teachers, parents, and organizations work together to create more flexible educational opportunities for children with special needs.

Above all else, it’s important to keep tracking our educational standards and to create equal and fair opportunities for everyone to succeed.