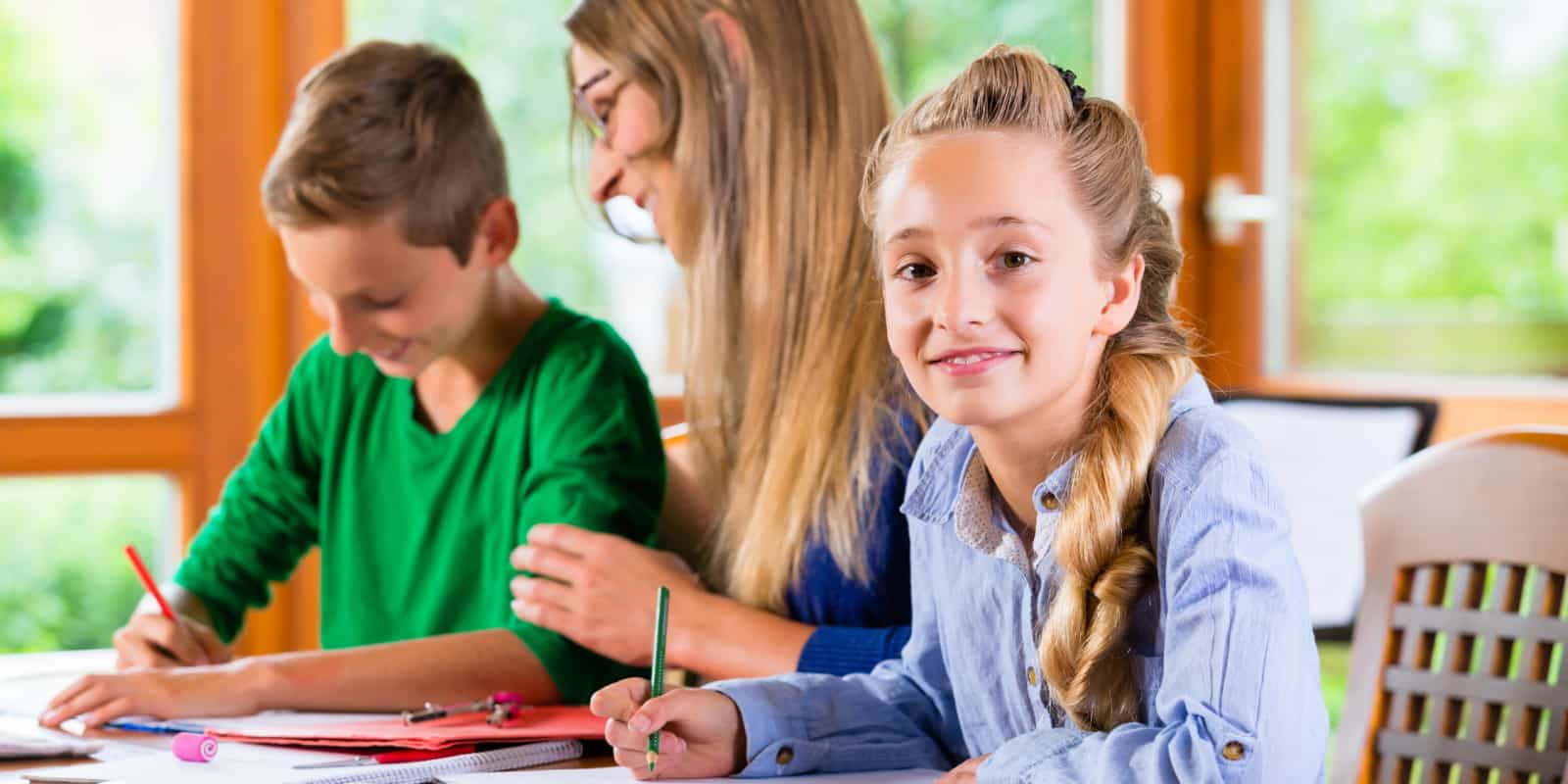 As the name indicates, homeschooling means when the parents opt to provide home-based education to their kids. This was a traditional practice, but over the last few years, it has become the fastest-growing mainstream education in the US and other nations around the world, such as France, Japan, UK, South Korea, Russia, etc.

In Spring 2019, in the US, the grade K-12 students constituted of 2.5 million children who opted for homeschooling. If we observe the trend in the last few years, there is an annual homeschooling growth rate by 2%-8%. There are numerous reasons why families opt for homeschooling, such as lack of their children’s progress in traditional schooling, the difference in religious and educational philosophies, lack of satisfaction with the traditional educational methods, etc. In this article, we will explore homeschooling facts and its various aspects in detail.

There are chances of success of homeschooling compared to institutional schooling because this lets the children improve as per their nature and schedule. When homeschooling is well planned and organized, besides providing children scope for socialization, then it results in effective outcomes. It helps students focus on the career which interests them by preparing them for college by including extension courses. It becomes a well-rounded education that is highly effective when the homeschooled students get the opportunity to participate in extracurricular activities, community sports, and community service groups.

It is an extremely important decision for the parents to choose the mode of education for their children. They consider the effects of homeschooling and the factors such as the student’s personality, style of learning, availability, etc., while finalizing this.

Homeschoolers were seen to have an average standardized test score of 87th percentile as per the National Home Education Research Institute’s study. Compared to this, the score of those going to public school was only 50th percentile in certain subjects. Generally, standardized tests are not the best method of gauging a student’s academic performance.

A study related to the data obtained from the 2007-2008 school year by Home School Legal Defense Association (HSLDA) shows a difference of 34 percentile – 39 percentile points excess in case of homeschoolers as compared to others, in all subjects. The College degree of parents or the time spent by them don’t make any notable difference in the results of homeschoolers. In such a scenario, some parents found teaching math a challenging task, and hence, their children could not excel in it like those in public schools.

A study led by Michael Cogan by the University of St. Thomas, revealed the homeschool graduation statistics that homeschooled students graduated college at a rate of 66.7%, that is 10% higher than the students from public schools.

The reports from The National Home Education Research Institute in 2015 shows that they get 15%-30% more than the students those of public schools in the standardized academic achievement exams. It has been seen that irrespective of the parents’ educational level and financial level, homeschoolers can score well.

Children between the age group 5-17 years are generally homeschooled as per the study conducted by NCES, of which 52% of female students and 48% males.

23% of homeschoolers, each attending Kindergarten through 2nd grade, formed 22% and 3rd through 5th grade. Similarly, those who attended 6th through 8th grade formed 24%, and 31% included those belonging to 9th through 12th grade.

Homeschooling is gradually seen to be increasing amongst minority communities too. Owing to the concern regarding a safe school environment, compared to any other grades, highschoolers constitute the majority of those being homeschooled. Hence, parents consider home as a safe haven for teenage students to learn; saving them from unfortunate incidents such as physical violence, exposure to drugs, alcohols, sexual incidents, etc.

If we observe the ethnicity of homeschoolers, the White constitute 59%, Black constitute 8%, Hispanics form 26%, and the Asian or Pacific Islanders form the remaining 3% of the total.

According to the family’s financial status of homeschoolers who were surveyed, 21% were poor, owing to their income levels coming under the below poverty level category.

Studies show that generally, well-educated parents, having an income above the Federal poverty level, opted for homeschooling for their kids.

34% of those homeschoolers who took part in the survey resided in urban areas, 31% were in the rural regions, 28% lived in cities, and towns were the place of residence of 7% of them.

Let us have a look at some facts about homeschooling. If we consider exams like the ACT and SAT, the performance of homeschoolers is much better than that of public schoolers, as per NHERI. These are crucial exams conducted by colleges and universities for new admissions so that many homeschoolers can join such institutions. This is why you can find a special tab for homeschoolers on the websites of popular educational institutes offering higher education for admission applications.

During the admission process, the homeschoolers need to mention the reason behind opting for homeschooling and how they structured their studies so that the admission officers understand the motives well. According to experts, homeschoolers should benefit from dual enrollment at the local community colleges to show that they vigorously pursued academic courses. In this way, they can get recommendation letters from the college too.

The number of homeschoolers became double between 1999 and 2016. Here are the reasons why parents opt homeschooling for their kids:

A survey conducted by the National Center for Education Statistics on homeschooling data in 2015-16 showed that 80% of parents were worried about the school environment and their kids’ safety as they become prone to negative peer pressure.

The thought of protecting their children from harmful impact at school motivates parents for homeschooling. This is a major factor that is so prominent that it exceeds the concern for academic quality, which was found in 61% of parents.

Through homeschooling, parents intend to teach their kids from a religious point of view. Earlier this was the reason for 36% of parents, which has gradually fallen to 21%.

There are 19% of parents who consider this to be a reason strong enough for opting homeschooling for their kids. 5% of parents consider that kids should get a more non-traditional learning option. In homeschooling, parents can customize the curriculum and maximize the students’ efficiency so that they become capable enough to perform better than those in public schools.

In cases of mental health issues or with any kind of physical disability, 5% of parents consider it better to provide special care to their kids through homeschooling.

The high educational costs form a hurdle for certain parents, and hence, they homeschool their children. Apart from this, 21% of parents think that with homeschooling, they can have more quality time with family and can also schedule travel plans without being dependent on the school’s schedule.

When situations such as Covid-19 result in a shut down of the educational institutions, homeschooling is the best method to impart beliefs, values, and worldviews to the children besides teaching them various subjects.

There are numerous benefits that we can find in case of homeschooling, which is as follows:

Here are some facts which you must consider while considering the homeschooling statistics:

Here are some interesting facts about homeschooling which you need to know for having a secured feeling about your homeschooled kids:

1. They have the freedom to follow a different curriculum.

Some parents intend to educate their children through real-life activities instead of making them just stick to the book and mug up everything. In the process, they get to know the real interests of their children in some subjects. They learn to explore everything that surrounds them, which makes them feel the education to be something quite interesting.

Homeschooling deals with the complete involvement of parents. For this, they stay updated regarding the latest requirements on how to effectively teach kids by presenting everything to them in an interesting manner. They even form communities and interact with parents, similar to discovering ways of bringing out the best in their children.

Parents with full-time jobs should be prepared to devote specific time to their kids and keep them engaged by assigning them some work that they can work on during their absence.

3. Teachers can educate without many rules and regulations in the homeschool.

Unlike the public/ private educational institutions, teachers can impart knowledge and skills to homeschoolers with no restrictions of any kind. This helps children learn a great deal from their experience.

4. There are colleges which take homeschoolers.

It is not always mandatory for homeschoolers to have a diploma for getting into a college because there are institutions that recognize homeschoolers just like those attending the traditional educational institutions. The admission process varies from one college to another through a special application process.

It is completely a personal choice of parents regarding the method of education they want for their kids. In certain cases, when there is not enough satisfaction regarding the public schooling system, they tend to choose homeschooling for better benefits. Parents need to take all the facts, discussed in this article, into consideration before making any final decision.

As discussed earlier, studies indicate that the performance of homeschooled students is much better than those going to public schools, in the standardized examinations. Besides this, when they enter college, they are seen to remain longer, and statistics show that 67% complete their graduation as compared to 59% of public school students. In this way, they are more successful in the academic field.

What is the percentage of homeschooling?

There are around 2.5 million students of K-12 grade in the US who are homeschooled as of the spring of 2019. There is an annual spike in the homeschooling rate to 8% from 2%, noticed in the last few years.

Homeschool statistics indicate that a majority of people, about 80%, agree that homeschooling is more effective than public schooling. The primary reason being, the positive environment where the students get to learn everything at home. This keeps them away from the influence of violence, drug addiction, becoming alcoholics, etc. Thus, they can learn effectively in a flexible study environment. They get a scope to learn at their own pace from the natural setting instead of just following the books. This helps grow their curiosity so that they are in a better position to choose the path they want in life.

Yes, it is a homeschooling fact that homeschoolers have better emotional development compared to those of traditional educational institutions. Irrespective of their parents’ educational level and income level, they tend to score better in various achievement tests as well.

Helen Vlasova
Helen is the co-founder of admissionsly.com, a thorough career guidance website for students. She's currently trying her luck in the ever-changing digital world, ensuring the smooth stream of informative content on the site. When she isn’t working, you’ll find Helen reading on the beach, making her home, and playing the piano. 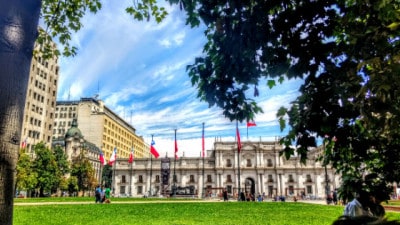 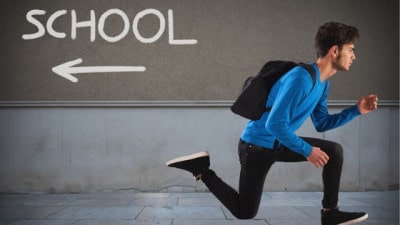 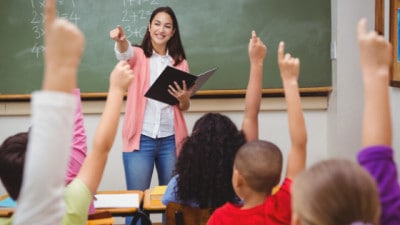 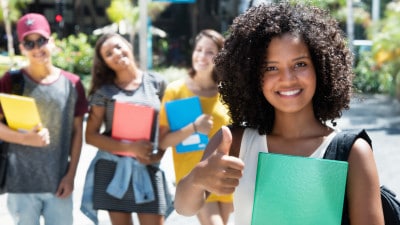 International Students in USA (by the Facts & Figures) – 2020 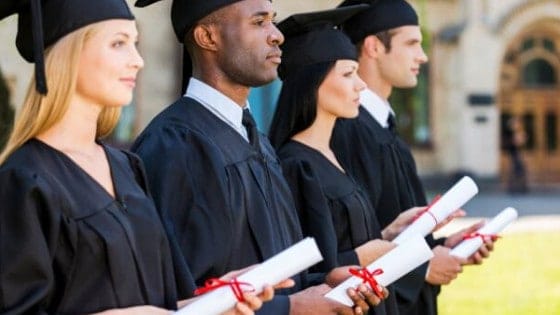 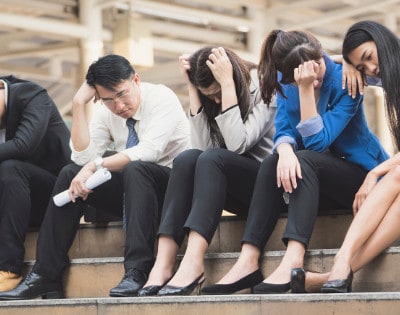 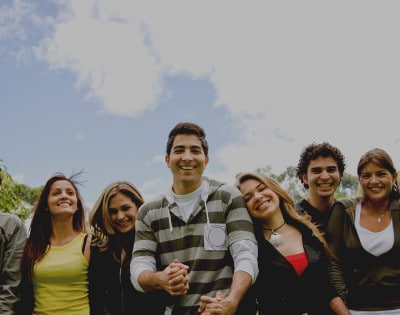 Computer Science Vs Information Technology – What is better? (2021 Guide)

What Is the Difference Between a College and University?

Warning: Invalid argument supplied for foreach() in /home/rlcicqrg/public_html/admissionsly.com/wp-content/themes/suga/library/templates/header/header-search-popup.php on line 133