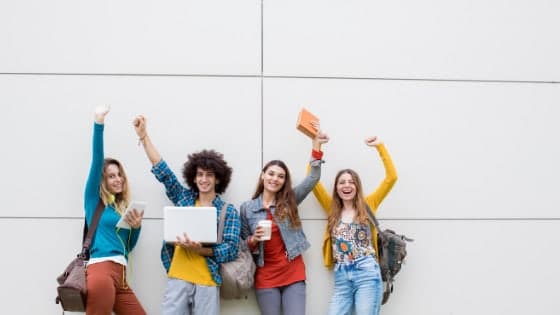 Having a college degree is very important. This is something we often hear from our parents. But are they really right about it?

According to the newest college enrollment statistics, it is predicted that in 2020, in the U.S. alone, 14.61 million students will enroll in public colleges and 5.14 in private ones.

But, knowing that many other people like Bill Gates and Steve Jobs who quit college or didn’t even enroll in one still achieved success beyond imagination can certainly influence your decision. This fact can be very confusing and make you wonder, is it really worth it to spend so much time and money just for a college degree? Regardless of your decision, the fact remains that the number of students enrolling in colleges is continuously increasing, meaning that the younger population is becoming more and more educated.

If you are reading this article, then you are probably struggling with the decision you have to make. The good news is, though, that you’ve come to the right place, as we provide insightful college enrollment statistics that’ll hopefully help you make a well-informed decision. Keep on reading and you will find answers to all of your questions, which are based on the newest college statistics, and will be of great help for you to make the right decision.

How Many College Students in the U.S?

Over the past decades, besides the unpredictable drop in the past 10 years, the number of students enrolling in colleges in the U.S. has followed a consistent upward trajectory, with the number of students enrolled varying from 19 to 21 million students. This means that the youth in the U.S. is consistently becoming more educated and a majority of individuals between the ages of 18 and 21 are making a decision to enroll in colleges in the U.S.

According to the National Center for Education Statistics, 19,928 million students are expected to enroll in colleges in the United States of America. As we can see from the college student’s stats, experts’ predictions suggest that the number of students enrolling in colleges in the following years will rise, which means that most of the high school graduates are willing to continue with their education.

Experts predict that in the next decade there will be a 3% increase in college enrollment both for male and female undergraduate students. The anticipated growth is considered to be substantial, but still not as high as in the years of 2000-2010 when we witnessed a huge increase in the number of students.

3. Approximately 3.9 million students in the United States of America graduated from college in 2019.

College graduates statistics show that in 2019, 35% of the population in the U.S. finished 4 or more years of college. These percentages are incomparable with those in the past when the number was just 4.6%.

By the looks of yearly college statistics, we can see that more and more undergraduate students are willing to enroll in colleges. In comparison to 1965, when only 3.5 million students enrolled in colleges in the U.S., present-day college enrollment data is very much different. Today, the number of enrolled students each year reaches more than 19 million students.

5. In 2010 the total number of enrolled students in higher education institutions was the highest in history.

The highest college enrollment throughout the years was recorded in 2010. With 21,019,438 enrolled students, the year 2010 takes first place as the year with the highest student enrollment.

As college attendance rates over time increase, so do the graduate rates as well. In 1900, 120 years ago, only 27,410 people received a bachelor’s degree, nationwide, and until 1940, only 4.6% of the American population had graduated from college. Over the years, the percentage grew, and as of 2019, the number climbed to 36%.

8. California is the state with the highest student enrollment in higher education institutions.

9.  Arizona and Iowa were the most affected states due to the decreased student enrollment between 2010 and 2015.

The college enrollments in Iowa decreased by 28%, and, unfortunately, it took first place for the most badly affected state in the U.S. In 2010, Iowa had 381,867 enrolled students, but, unfortunately, that number decreased over the years, and in 2017 dropped to 260,954 students. Arizona was the second-most affected state, with a significant 18.2% enrollment decrease during the same period.

10. Alaska is a state with the lowest student enrollment in colleges.

Over the years Alaska keeps the trend for the lowest student enrollment among the states. The highest number of 34,799 enrolled students in Alaska was reached in 2010, but still, it wasn’t enough for the trend to be changed.

11. Massachusetts is the most educated state in the USA.

According to WalletHub analysis, Massachusetts scored 81.84 on a 100-point scale, which makes it the most educated state among the other 49. Massachusetts ranks first primarily because it is home to very prestigious schools like MIT, Harvard University, and Wellesley College. Also, Massachusetts is a state with the most bachelor’s degree holders and has the highest university quality on average.

12. Western Governors University is the highest-ranked university by student enrollment in 2020.

13. Texas A & M University has the highest student enrollment among public colleges.

With 68,679 enrolled students so far, Texas A & M University takes first place for the highest-ranked public university by student enrollment in 2020. 78.3% of the enrolled students are undergraduate and only 21.7% are graduate students.

14. The University of Phoenix Arizona has the highest enrollment among private for-profit colleges.

Public institutions are funded by local, state, and federal governments, and they are also supported by taxpayers. In order for public institutions to make their services more affordable, they offer lower tuition rates in favor of state residents. That’s why they mainly draw a larger in-state population. Students that are out-of-state residents can also enroll in public colleges, but they’ll have to pay full tuition.

Private non-profit universities and colleges generally have a higher price tag than private for-profit institutions. But, financial aids such as scholarships and grants are making them as affordable as public colleges. These institutions get significant funds from federal and state support. Most of that enables them to work more productively while maintaining lower tuition fees and thus attracting more students.

15. College enrollment trends are higher for public colleges than they are for private ones.

In the ’40s and early ’50s, the interest for enrolling in private institutions was slightly higher than for public institutions. But, that trend started to change after the year 1952, and since then public schools are far more preferred among students. In fact, recent data suggests that more and more students choose to enroll in public colleges and the number of students enrolled exceeds 9 million.

Distance learning can be very beneficial and also time and money-saving. That’s why nowadays college and university students rely more and more on online classes. Today, more than a third of all students have already attended at least one online course.

20. 69% of online enrolled students are there to improve their careers.

21. 95% of all online enrolled students would recommend online education.

With a deeper look into statistics, we were able to notice that college enrollment by gender has changed throughout the years. Nowadays, a bigger number of female students are more likely to enroll in and graduate from college, which was quite the opposite in the past. And, according to college enrollment demographics, this trend of more female students enrolling in colleges is not a surprise. It started in 1980 when for the first time in history there was a bigger number of female students enrolled in colleges.

22. In the last decade, for each consecutive year there were about 3 million more female students than males.

For 40 years now, there are more female than male students enrolling in colleges each year. In the last decade, the difference between male and female enrolled students has become quite significant. The numbers of female students are varying from around 11.5 million, compared to 8.5 million male students.

26. Students with the highest socioeconomic status are 50% more likely to enroll in colleges.

28. 31% of veterans enrolled in college are studying STEM fields.

18% of student veterans are studying business, marketing, and related fields, which is the most preferred field among veteran students. 15% are enrolling in health professions, 8% in engineering, 6% in each social science, computer and information science, education, homeland security, law enforcement, and firefighting. 4% are studying public administration and social service, 4% psychology, and only 2% are studying biological and biomedical science.

29. Veterans are more likely to enroll in low-graduation rate institutions.

30. According to statistics regarding college enrollment by year, 6.1 million students enrolled in community colleges in 2017.

31. 34% of all undergraduate students enrolled in community colleges in 2017.

32. Approximately 69% of students enrolled in community colleges are employed.

34. Approximately 62% of students in 4-year institutions were able to complete the degree within 6 years.

35. There are more female than male graduates.

College attendance rates have decreased for over 8 consecutive years. The overall decline for 2019 was 1.3% which is more than 231.00 students.

Statistics show that throughout the years more students have enrolled full-time than part-time. Approximately 62% of all college students enrolled with full-time attendance status.

How many students are enrolled in college in 2019?

College freshman statistics show that in 2019, there were around 19,700 million students enrolled in colleges in the U.S.

What college has the largest enrollment?

Western Governors University has the largest enrollment, with 121,437 students enrolled just this year. This university is an online, private non-profit institution.

How many students do not go to college?

Around 33% of students that graduate from high school did not enroll in college.

Is there a decline in college enrollment?

How many students go to college each year?

The average college enrollment is about 19.5 million students per year.

What is the average age of college students?

College statistics show that the average age of college students is between 18 and 24. 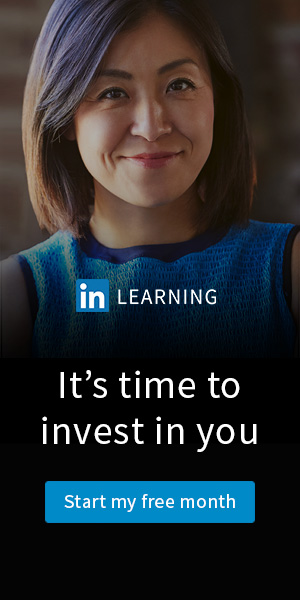