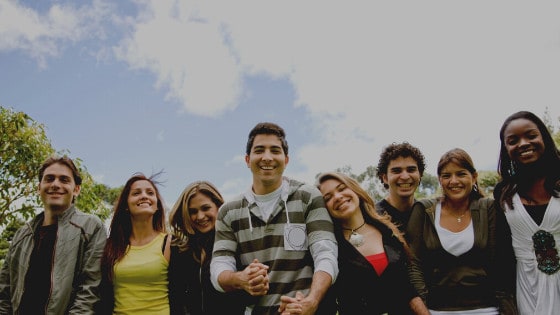 According to bls.org, the percentage of high school graduates immediately enrolled in colleges in 2019 is 66.2 percent. Some graduates get to enroll twice for different courses, and others enroll years after graduation due to different reasons such as lack of finances.

The ages of college applicants vary, but educationdata.org records the highest number of post-secondary institution attendants to be that of 18-24 years. This data adds up to 2.3 million candidates. Above the age of 24, the organization records approximately 200,800 candidates for the 2019 fall enrollment.

Similar statistics can be compared for 2017’s fall enrollments where 2.9 million students graduated from various high schools in the U.S., but only 1.9 million of graduates enrolled in colleges. This is a 67% rating. Since the year 2000, an average of 67% of students enrolling in colleges has been maintained. This is inclusive of GED students who are accepted by 98% of colleges. 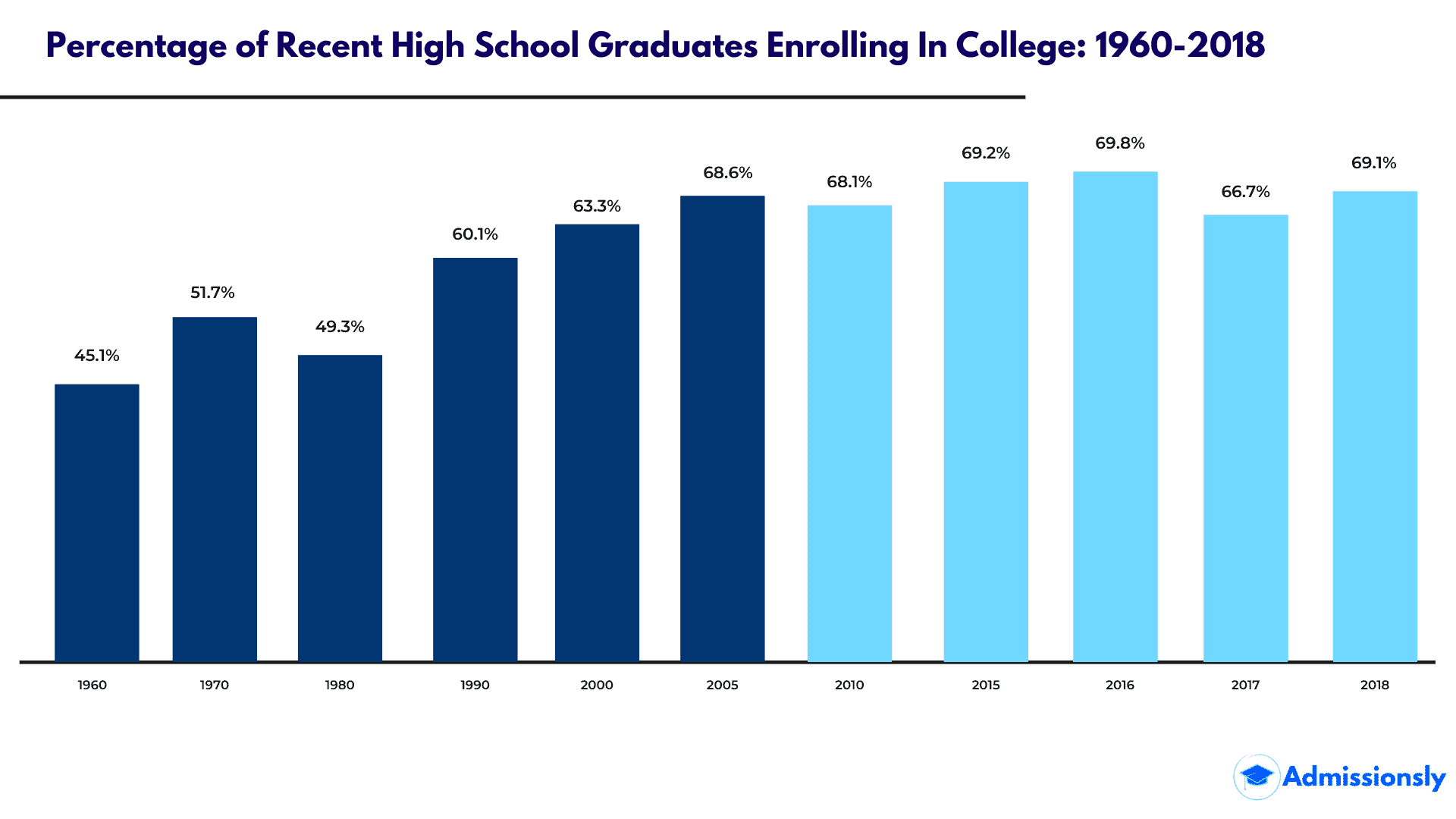 Learn more statistics about the percentage of high school graduates that go to college in 2020 below.

Stats on High School Graduates That Go to College

The Number of High School Graduates in 2020

1. An estimated 3.7 million students are graduating from high school during the 2019–20 school year.

This includes 3.3 million students from public schools and 0.3 million students from private schools. The averaged freshman graduation rate offers an estimate of the percentage of students who receive a regular diploma within 4 years of entering ninth grade. The rate utilizes aggregate student enrollment data to estimate the size of an incoming freshman class and aggregate counts of the number of diplomas awarded after 4 years. The averaged freshman graduation rates presented are based on reported totals of enrollment by grade and high school graduates, in place of details reported by race/ethnicity.

2. Statistics on high school students show that the college enrollment rates for recent high school graduates between ages 16 and 24 in 2018 were: 66.9% for male students and 71.3% for female students.

Educationdata.org reports that female students have surpassed male students in academic achievement. In 2019, women obtained over 57% of bachelor’s degrees awarded in the U.S. 63% of women pursuing a bachelor’s degree at a four-year public or private non-profit college finished their degree within 6 years, in comparison to 57% of men. As of 2019, women hold over two-thirds of total student loan debt, around $929 billion. About 35% of college-educated US adults (over age 25) usually generate 57% of earnings in the U.S. economy.

3. In the year 2017, the majority of the overall immediate college enrollment was females.

4. Most of the students who belong to the lowest quintile pursue an associate’s degree than a bachelor’s degree.

7. Students from the highest quintile of socioeconomic status are 50% more likely to enroll in college than those in the lowest quintile (28%).

In this indicator, public schools in the 50 states and the District of Columbia were included, except for the Bureau of Indian Education and Puerto Rico. The adjusted cohort graduation rate (ACGR) refers to the percentage of public high school students in this adjusted cohort who graduate with a regular high school diploma within 4 years. It was in the year 2010-11 when the U.S. Department of Education first measured the ACGR.

This year’s statistics of high school students going to college is about 14.67 million students. The latest predictions indicate that nearly 15 million freshmen will attend public universities across the United States starting this fall. In regards to private universities, the number of new students is expected to be approximately 5.24 million. This implies that public university enrollment will decline by 0.4% from 2018 while remaining nearly the same for private institutions.

Most of the students enrolled in 2018 were female. About 8.7 million students who were enrolled last year were male students. Regarding the age of 2018 college applicants. Those who were younger than 25 were 12.3 million, while 7.6 million were above that age.

13. There are about 8.7 million male students who were enrolled last year.

Statistics about going to college show that in terms of the age of 2018 college applicants, 12.3 million of them were younger than 25, while 7.6 million were above that age.

14. Among male and female students, the overall immediate college enrollment rate in 2017 was higher among females.

The rate of college enrollment from 2000 to 2018 increased from 63 percent to 69 percent. This includes students who graduated with a regular high school diploma and those who finished a GED or other equivalency credential.

Experts predicted that the percentage of high school graduates that go to college by the year 2017 will increase by 3% in the following decade. The predicted growth is believed to be substantial, although it is far and away from the numbers we have observed between 2000 and 2010.

For many students, graduating may not be ideal despite going through education in their respective high schools. There are many contributing factors to this, but the majority of the factors are the result of insufficient funding, where these tertiary institutions have a preference of students from wealthier backgrounds. These may result in the imbalance of wealth in the country, where the rich become richer while the poor become poorer since the rich receive a better education than the poor and eventually better employment opportunities in their lives.

18. Vicinity to colleges and universities can be a huge impediment to high school graduates in rural areas.

19. Colleges and universities prefer to recruit at high schools in communities where the average family income is above $100,000.

According to a study of 140 institutions conducted by researchers at UCLA and the University of Arizona, colleges and universities prefer to recruit at high schools in communities where the average family income is above $100,000 while forgoing visits to those where it’s $70,000 or lower. They also disproportionately concentrate on private schools. However, people living in rural areas usually are neither from wealthy families nor from private schools.

20. A strong economy is a major factor for the years of decrease in graduation.

It was in 2011 when the last time U.S. college enrolment went up at the rear end of the recession. Unemployment goes down as the economy gets better. It is 3.5% at present and more people leave college or postpone it, and instead head to work.

What Alternatives High-Schoolers have for Graduation?

21. Some countries have the highest rates of tertiary education completion while others do not.

22. The rates of tertiary education enrollment vary by continent.

23. After graduating from high school, over half of the European students go on to participate in vocational programs.

Vocational programs allow participants to learn the technical skills required for their potential occupations which mainly focuses on profession-specific courses for students. Vocational Schools are not unique to Europe, however. Countries such as the United States, Canada as well as Australia also offer vocational schools for high school graduates, though there are differences in the respective education systems as compared to those in Europe.

The majority of students that have enrolled themselves in trade schools are male, standing at a percentage of 94%. A little under half of them are between 22 and 27 of age, with that number being at 45%. Also, more than half of them are high school graduates, having around 56% of students being graduates.

HVAC courses have received increasing popularity in recent years as jobs within the HVAC industry allow humans in modern times to enjoy comfort. They are responsible for the heating and cooling systems in homes and buildings, through the installation and maintenance of such appliances and systems.

How many high school students in the U.S?

What is the average high school graduation age?

While ages of student enrollment to high schools vary, the standard age is 14 years old, making them graduate at 18 years of age, according to settlement.org. Over the years, we’ve witnessed students graduate high school at tender ages. In 2014, ABC News reported a Californian ‘genius’ who graduated high school at the age of 10. Tanishq Abraham then became one of the youngest Americans to have received a high school diploma.

On the other hand, other students who fail or temporarily drop out of high school may end up graduating at the later ages of 21 to 25. The upside is that the U.S government allows anyone to go back to high school and study to their graduation, ask Fred Butler, the world’s oldest high school graduate, as reported by oldest.org.

How many high school students graduate each year?

Unfortunately, not all students who attend high school get to graduate. This is dependent on many factors, such as fatalities, exam failure, and school dropout. Harvard Institute projected growth in high school student enrollment from the year 2014, reaching as high as 4 million in the year 2020.

According to the U.S. News, the rate of graduation of high school students in the U.S. currently sits at an average of 88% of the total number of high school attendants. The most reputable state, North Dakota, Kentucky, and Iowa recorded the highest rate of high school graduates of about 94% in 2018. The lowest rate falls at 74% and comes from states such as New Mexico.

What percentage of American students go to college?

According to NCES.gov, the current rate of college enrollments lies at 70%, which is an increase from the 2000s of 63%. Not all students get to graduate college due to predicaments such as fatalities, college dropouts, and the like. Other students get to graduate but later than expected due to exam failure, pregnancies, changing of their majors, and mixing work with studies, which leads to fewer hours spent per semester.

NCES reports that in 2017,  60% of students graduated from public colleges. This was lower than the graduation rate at private nonprofit institutions, which lay at 66% and finally 21% from for-profit private colleges. 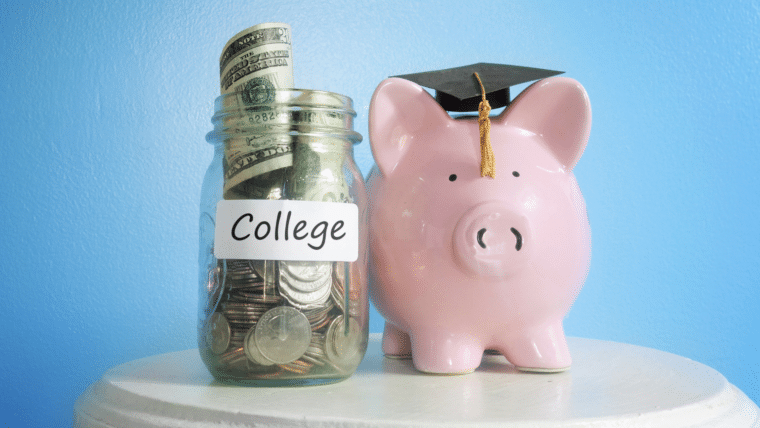 How Much Has College Tuition Increased In The Last 10 Years? 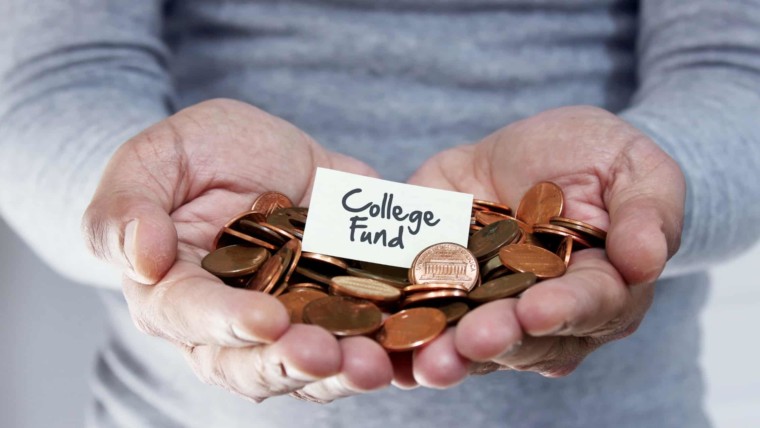 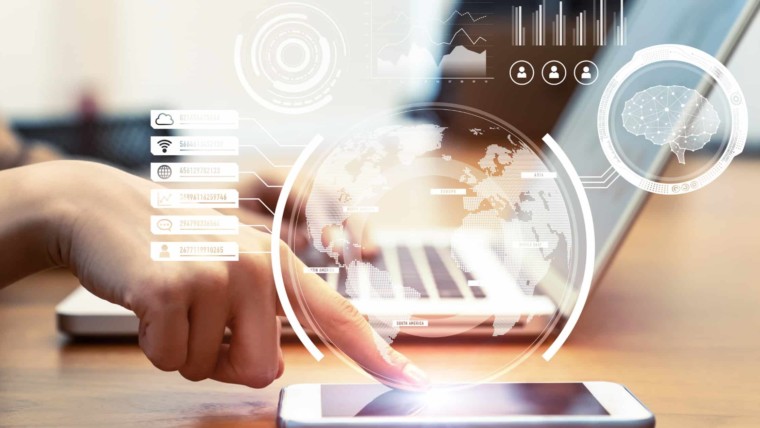 Technology in Education: An Overview by the Numbers – 2021 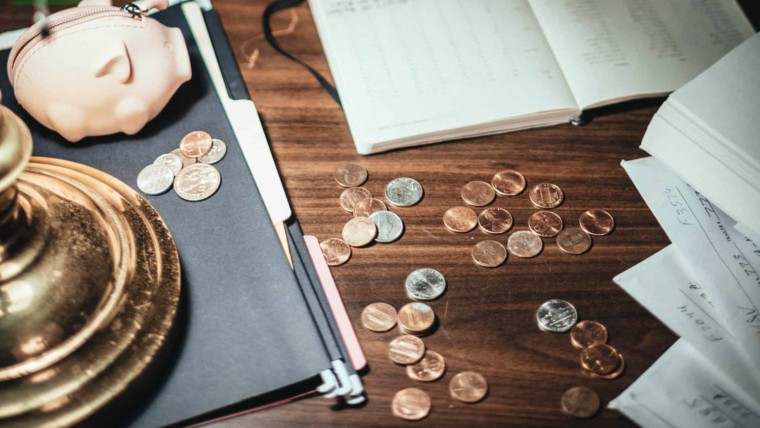 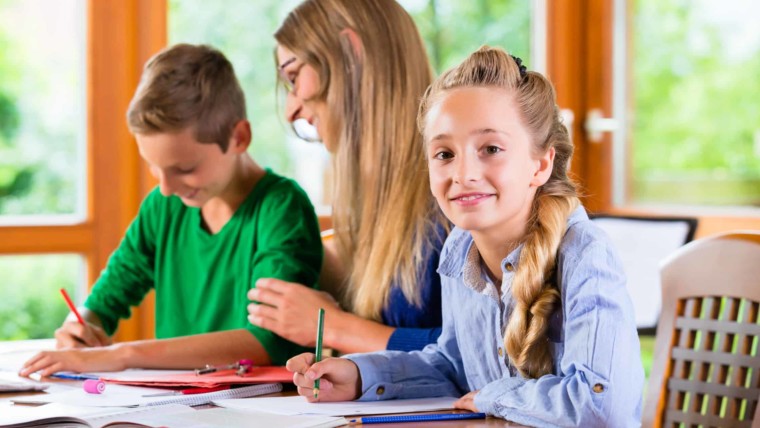 Homeschooling Statistics: Breakdown by the 2022 Numbers 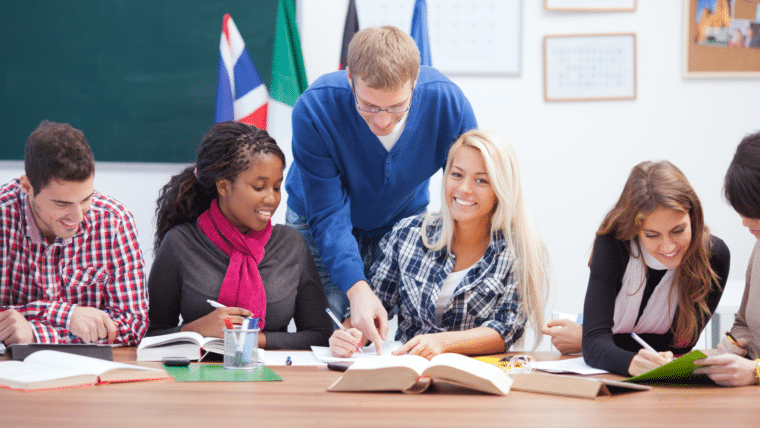 What Can You Do With a Linguistic Degree? 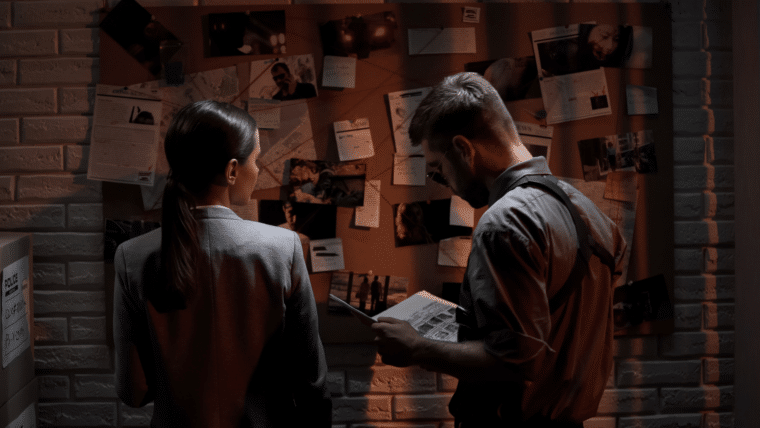 What Can I Do With a Criminal Justice Degree? 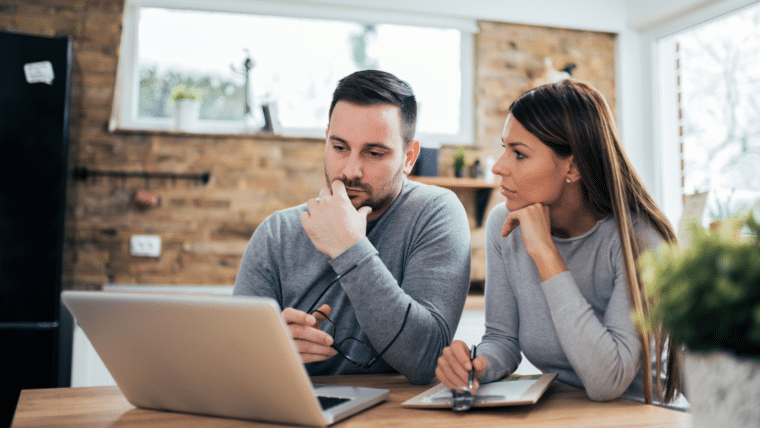 What Can You Do with a Finance Degree? 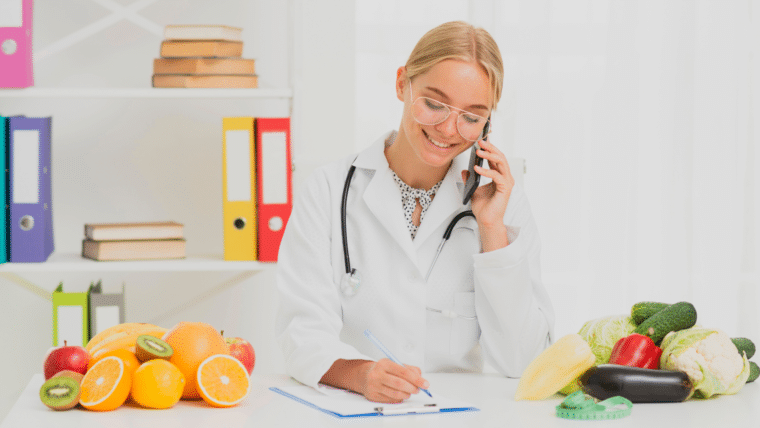 What You Can Do With a Health Science Degree?