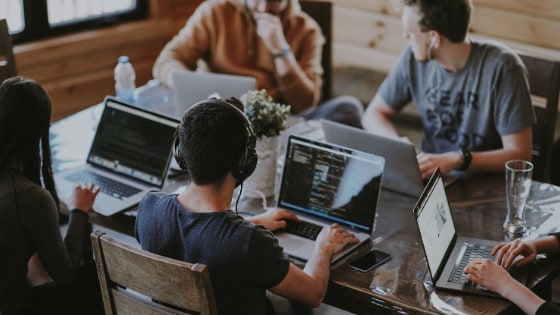 What Percentage of College Students Get a Job After They Graduate?

The percentage of college students, which includes those who have undergrad or higher education degrees, getting a job is distinctly higher than the percentage of young adults who have completed/or not completed high school.

While looking at the employment rate, it is also important to understand that it takes an average of 3-6 months for a college student to find a job after graduating. Planning and preparing ahead is extremely useful in ensuring a job opportunity and helping your resume get recognized for a job opening.

Although the beginning of 2020 had an optimistic forecast on employment prospects for college students, the onslaught of Covid-19 has markedly slowed down the momentum in the job market at the moment.

The Employment Rate for College Graduates by Year

62.5 % of young adults aged 25+ were employed in August 2019. The employment ratio stood at 72.3% for those graduating with a bachelor’s degree or a master’s and beyond.

2. 20% of engineering graduates received job opportunities in 2019- making them the most employable.

According to Emsi, a labour market analytics company, the top majors that had the highest employability in 2019 was for engineering graduates (20%), software development (13%), language/philosophy (17%) and journalism/writing (10%).

Due to the pandemic, the unemployment rate in the U.S. has dropped to the lowest in 50 years – 3.5% and has impacted all crucial sectors with heavy employment cuts in leisure and hospitality. This has ruined the prospects of 158,000 jobs in 2020.

The Employment Rate for College Graduates Vs High School Graduates

6. In 2015, young college degree-holders earned 56% more on an average when compared to high school diploma holders.

The percentage of high school diploma-holders having jobs has drastically reduced over the period from 2007 to 2015. On the contrary, young college graduates in the same age bracket experienced a slight dip in employment from 84% in 2007 to 83% in 2015.

Likewise, there was a similar pattern observed in young adult females where those who possessed an undergrad or graduate degree had 83% employment, while those who had completed high school had a relatively lower 41% employment.

Statistics on College Graduates Getting Jobs

9. Master’s graduates in Health are likely to work in the Education Sector (22.2%) and Public Administration Sector (7.2%).

There is a lesser probability of graduates with a degree in Health to work in the Health Industry, as opposed to those who have certificate/associate’s degrees as they much rather end up with jobs in the Public Administration and Education sectors.

10. Business/Management/Marketing graduates (nearly 20%) are mostly employed in the Finance/Insurance industry.

Business/Management/Marketing graduates are mostly employed in the Finance and Insurance Industry (nearly 20%), followed by the professional sector (nearly 15%) and the Retail Sector (nearly 10%).

11. Associate degree holders (86.1%) in the Health Field are employed by the Health Industry.

Although the growth of wages for both young graduate men and women has been sluggish for the period 2000 to 2019, it has still resulted in widening the gap between the genders from 10.7 to 12.9%.

16. Out of a total population of American young adults, White and Asian American/Pacific Islander (AAPI) young adults for 2/3 of the race that holds a college degree.

When compared to Black/Hispanic young adults, White and AAPI young adults form 54.3% of young adults and out of that 2/3 of them hold college degrees. On the other hand, young adults of Black and Hispanic descent have a lower probability of becoming college graduates.

In the later part of the 1990s Black young college graduates were a little behind their White counterparts in terms of hourly pay. However, the disparity grew after the 2008 recession, which has resulted in lower wages for young Black graduates.

19. Approximately 70% of those who majored in Computer Science received placement before graduating from college.

As per the data collated by the National Association for Colleges and Employers (NACE), almost 70% of young computer science graduates had one job offer in hand before graduating from college. The second degree with the most offers is Economics (61.5%) followed by Accounting (61.2%)

College students harbor a dream of a career that is both lucrative and aligned with their aspirations. While some students who are determined to follow their passion, there are others who aim for a degree that has the best employment prospects. Despite having chalked out a career path, there are external factors that might impact the college graduate employment rate-such as the state of the economy and the job market. However, students can identify certain bachelor degree programs that have better opportunity rates than others. Some majors can help graduates be better-positioned for competitive roles, where prospective employers handpick the best candidates for highest paying jobs. Hence, finding a job after college statistics can also be a part of one’s strategy.

Here are some degrees that offer the best chances of being employed and are well-paying at the same time:

21. Weather Forecasting holds the lowest unemployment rate of only 0.58%.

The college employment rates of graduates who hold a major degree in meteorology and atmospheric sciences are very good. According to college job placement statistics, out of 25,417 of degree holders in this discipline, merely 148 are without employment.

22. Medical Technology is a domain where 98% of graduates are employed with the amongst the highest college job placement rates.

Out of a pool of 183,000 medical technology bachelor’s degree-holders, 98% are successfully employed and paid handsomely with an average annual salary of $55,436.

23. Students majoring in Agricultural Economics have less than 300 unemployed out of a pool of 36,967.

Those majoring in Agricultural Economics find a career in areas such as agricultural finance, farm management, natural resource management etc. These graduates are likely to find employment and also comparatively have a higher average annual income of $71,634.

24. Students majoring in Geosciences are least likely to be unemployed and are amongst the best-paid amongst graduates with an annual salary of $79,851.

The annual income of a degree-holder in geosciences is three times the average annual income of a college graduate. Besides such graduates have careers in natural preservation, energy extraction and earth sciences- which makes them amongst those who are less likely to face unemployment given their high demand.

25. The percentage of college graduates that can’t find jobs after graduating from Physical Sciences graduate is less than 1%.

As per college graduate job statistics, a graduate with a major in Physical Sciences can opt for a career in geology, chemistry, astronomy, among others. The versatility of this degree is the reason why the unemployment rate for college graduates in Physical Sciences is less than 1%- more so because most go in for a master’s program in their discipline.

Statistics on College Graduates Vs Non-Graduates

College vs no college statistics state that high school graduates are less likely to become a part of the labour force when compared to college graduates (50.2%).

27. College graduates employment statistics say that non-graduates have an unemployment rate of 11.3%.

In comparison to high school students, the college graduate unemployment rate is less than half (4.3%), which shows that the latter successfully find jobs after graduation.

28. 64% of non-graduates are likely to have their own houses.

The percentage of jobs requiring a college degree is much higher than those holding a high-school diploma. It is important for students to find out which discipline they are interested in when pursuing a college degree. A passion for a subject should be the basis for opting for a college major. However, there are certain professions that have very high unemployment rates or even underemployment rates. Hence, this should also be factored in a while pursuing a major. We live in dynamic and very volatile times. Hence it is important to find a balance between passion and market demand, and the best college graduate employment rate is something that must be studied before deciding on a college major.

What Percentage Of College Graduates Are Unemployed?

What Percentage Of The Workforce Has A College Degree?

As per the Census Bureau, 33.4% have a college degree.

What Race Has The Highest College Graduation Rate?

Asian Americans have the highest college graduation rate of 50.1%.

What Is The Meaning of Graduate Unemployment? 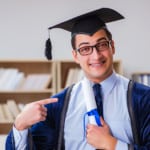 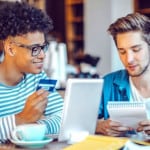