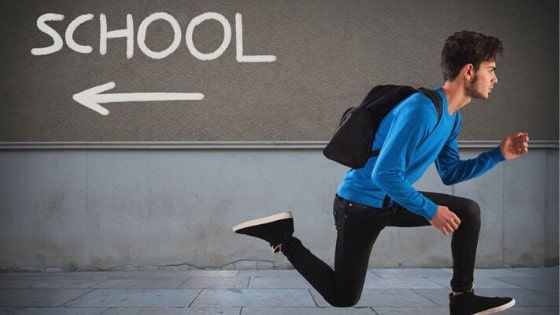 A College Degree is your first investment for your future. The college degree is the first step to open up opportunities in life, be it getting a job, long-term financial gains, landing a decent career, and getting successful. That is the basis of your lifetime earnings and decides the direction of your career. A graduation degree is critical to one’s success and sort of makes you ready for your adult life – both intellectually and socially.

Your college degree is the key to your personal growth. The time a student spends toward studying and getting the degree prepares him/her to overcome all types of adversities and
prepares them not only for work but also for life’s unsaid challenges.
But it is a known fact that every year a remarkable number of students drop out of college.

College dropouts are likely to have lower earnings than college graduates and are less likely to pay off student debt. In this article we’ll revel some intresting student dropout rates, keep scrolling…

How Many People Drop Out of College?

1. 33% of students dropout of college every year.

57% of students enrolled for college take more than six years to graduate; out of this 57%, 33% of students dropout of college. 28% of students drop out before they become sophomores. Out of the remaining 72% students who are left in the college, 60% have stayed in the same college where they had started. Now the remaining 12% opt for another college for their sophomore year. Being a college dropout comes with its own set of challenges including lower earnings as compared to those of graduates. They are also much behind on the socioeconomic ladder in comparison with those who have completed their graduation.

3. In the year 2000 about one in three American students dropped out of college.

Dropping out of college has some serious consequences. First and foremost is the higher unemployment rate. Students with student loans or grants will have to face immediate debt. It is, however, seen that students who have the highest student loans are less likely to drop out than those without loans or with smaller loans. Every year a large percentage of students opt to drop out of college. There are several reasons for dropping out of them such as difficulty in balancing school and job together and family-related issues among others.

4. In 2019, the percentage of students obtaining education beyond a high school diploma was less than 50%.

5. Students pursuing full-time courses are 55% less likely to drop out as compared to those who exclusively attend part-time school.

In any of the categories of educational institutions, two-year colleges have the highest dropout rate. Though it is a fact that a high number of students enrol for these colleges, they transfer to other colleges.

6. The average completion time for a 4-year degree course at a private college (with enrollment rate of 20%) is 4.2 years.

For a public college, the average completion time for a 4-year degree is 4.6 years, where the enrollment rate is 44%. While 70% of Americans study at a 4-year college but less than two-third are able to graduate with a degree. Among the dropouts, there is a fair percentage of students who have not been able to meet their admission standards for a four-year school. The type of courses also impacts the average dropout rates.

7. The average completion time for a two-year degree at a public college (with enrollment rate of 29%) is more than 2 years.

8. Harvard College has the highest retention rate of 98% within 150% normal time.

Harvard College has a highly selective process while accepting new students. In 2018, the retention rate was 98%. The graduation rate at Harvard is relatively higher when compared to other similar colleges. Out of 1624 students enrolled last year, 847 males and 777 females graduated with a degree.

9. The graduation rate of American Indian or Alaska Native students is 100%.

It has been observed that 1441 Harvard students completed their graduation on time, that is in 4 years, while 149 finished in 5 years time. Additional 1475 students complete their degree program within 6 years.

The retention rate last year was 99%. 175 out of 180 non-resident alien students completed their degree program last year and the graduation rate was 97.22%.

12. Students starting at the age of 20 have a 13-22% lower chance of dropping out as compared to those who start college after turning 20.

The probability of students dropping out either at a 4-year or 2-year college is most likely in students that are aged between 20 and 29.

13. Asian students exhibit the least tendency to drop out.

Amongst these students, 23% of the first time full-time students graduated within four years, and moreover the percentage of these students who attained at least a 2 or 4-year degree declined from 30% to 27% between 2000 and 2017.

15. 45.9% of Black students complete their graduation at four-year public colleges within 6 years.

Amongst these students, approximately 66% are women and 33% are men. College dropout rates are based on race as well. Around 38% of White drop out of college, while 62% of African Americans and 54.8% of Hispanics drop out within 6 years of enrollment.

16. The average college graduation rate is 59%.

17. The on-time graduation rate is 36% at selected universities.

The on-time graduation rate is 36% at selective universities, while it is 17% lower at public or non-flagship universities.

Though students pursuing 1- to 2-year certificate program have a graduation rate of 15.9%, only 5% graduate on-time at a 2-year college.

19. Only 13% of students graduate in two years at community colleges.

Community colleges are an affordable option for many who want to explore college life. These are the primary institutions providing technical and career-oriented education in the U.S. But the dropout rate is high in community colleges. Providing the students with comprehensive support, such as counseling, tutoring, and financial assistance, could improve graduation rates. According to a recent study, community college students earn 30% more than those with only a high school degree.

20. More than 85% of students take more than 2 years to graduate, approximately 22% graduate within three years and 28% within four years.

The data reveals that of the total number of students enrolled in these colleges, less than 30% earn a degree even after four years.

Almost all community colleges offer and conduct placement tests to students to evaluate how prepared they are for credit-bearing classes. Less than 20% of those enrolled in at least one remedial class get a degree within five years.

22. Approximately 30% of college freshmen in the U.S. drop out before their sophomore year.

In the U.S., the total dropout rate for undergraduate college students is 40%.

The Cost of Being a College Dropout

23. In 2019, student loan debt amounted to US$1.5 trillion, with over 2 million borrowers defaulting on their loans in the last six years.

Dropping out of college leads to immediate debt, if you have taken student loans or grants. College dropouts are four times more likely to default on their student loans as compared to graduates. Approximately, US$120 billion is spent per year on student grants and loans.

24. The unemployment rate is high in college dropouts.

The biggest cost of being a college dropout is high probability of unemployment. There are socio-economic consequences also involved. College dropouts or those with no education tend to place a burden on the government and social services and find it difficult to survive in the labour market. It also leads to low self-esteem and low confidence issues.

Who Drops Out of the College and From Where?

Most Common Reasons for the Dropping Out of the College

25. 31% students have cited money as their reason for dropping out of college.

The most profound reason students drop out is money and not high tuition rates. Students are not able to bring a balance between their work and studies.

26. According to records, because of high tuition rates while 54% of students said they couldn’t balance work and school so they dropped out.

27. Students’ social life takes a toll over their studies.

Many times students’ social life like late nights and drinking impacts their studies; parents stop giving them tuition fees which leads to their expulsion from school.

It is found that students staying away from home show a strong tendency of dropping out.

Why Should We Care About the College Dropout Rate?

Students who are college dropouts may find it extremely difficult to make a living, support their families, and remain above the poverty level in the U.S.

Most students, dropping out of college end up signing up for $25,000 less per year in income than those who graduate. This poses a higher chance of unemployment and fewer job opportunities.

Employers in the U.S. expect a college degree for higher-paying jobs and advancement in careers.

How Does Dropping Out of College Impact the Economy?

College dropouts impact the economy in a massive way by increasing the poverty rate. College dropouts resulted in average loss of $16.5 billion in yearly tuition revenue.

Being a college dropout is not a criminal offence, but if students decide to take this decision they must have some vocational training and/or obtain a professional certificate or license otherwise it will lead to them becoming unemployed and having a low-income life.

Why is the college dropout rate so high?

There are many reasons like unpreparedness for college studies, enrolling just to meet others’ expectations, health, change in financial aid status, falling behind academically, and lack of support among others.

What college has the highest dropout rate?

Full-time college students are 55% less likely to drop out of college than students who go to school exclusively part-time.

What percentage of college dropouts are successful?

While it is a fact that there are college dropouts that are successful but they are not the norm. College dropouts are usually deprived of the skills, knowledge, and resources they need to build a good life for themselves, irrespective of the business ideas they have at that time.

What does it take to get college dropouts to return to school?

What are the consequences of dropping out of college?

The earning potential declines. A college dropout earns 35% or $21,000 less each year than a college graduate. 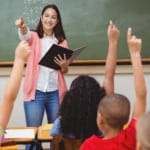 Previous Story
How Many Teachers Are There in the U.S (Facts & Figures) – 2021 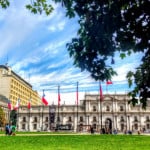