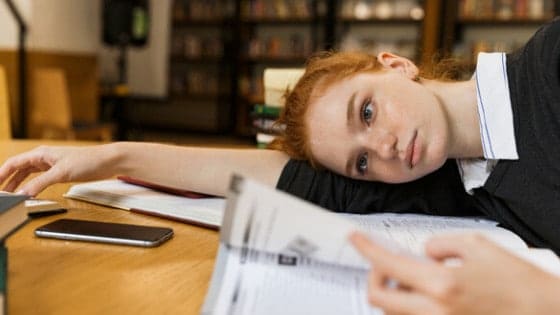 College student health statistics reveal a need for significant concern and rapid action. The numbers are quite disturbing, and they are showing considerable growth as well.

What Percent of College Students Have a Mental Illness?

With the COVID-19 pandemic that has brought in several restrictions to daily life and added a great deal of uncertainty for students, the incidence of mental illness is set to see a further spike.

The percent of college students with mental illness has witnessed an ever-increasing graph over the years. Anxiety and depression continue to be the most prevalent mental health issues among students. The number of students indulging in self-harm or seriously contemplating suicide is also significantly high. 1 in 4 college students has a mental illness. Data sourced by different agencies point out that we need to focus considerably on combating this menace on a war footing.

Mental health indicators have worsened during 2007-2018.

A study by Reuters revealed a general worsening of mental health issues relating to anxiety, depression, and other causes during 2007-2018. Suicide attempts rose from 0.7% to 1.8%, while the incidences of severe depression rose from 9.4% to 21.1%.

The number of college students in the US with lifetime diagnoses related to mental health issues rose from 22% in 2007 to 36% in 2017. The percentage of those accessing treatment rose from 19% to 34% during the same period.

Mental health college statistics show that depression is one of the most common and fatal mental illnesses. It is characterized by sadness and anxious feelings. College students show a high incidence of this illness. The American College Health Association (ACHA) finds depression and anxiety the leading hindrances affecting academic performance. Apart from its negative effect on academic performance, depression also puts you at a greater risk of substance abuse and suicidal thinking. Depression has always been on the rise among college students. College is also the time when many people experience depression for the first time. A more disturbing fact is that many students do not get medical help to deal with depression.

More than a quarter of college students are diagnosed with depression.

Many students do realize it when depression takes a toll on their lives. A 2019 report published by the ACHA points out that 45.1% of students admitted that depression was hampering their normal functioning.

The rate of depression among college students has doubled.

A study by a group of researchers from two universities shows that as of 2018-19, the percentage of college students with depression doubled in the past decade. This points to the heightened stress levels across college campuses today.

Data from the ACHA shows that 65.7% of college students admitted to having experienced ‘overwhelming anxiety. This is a major rise from the numbers that were witnessed a decade ago.

The rate of anxiety has doubled.

Academic research shows that the rate of anxiety among college students has doubled over the past decade. This trend is similar to the one witnessed with the incidence of depression.

Today, suicide is the second-most leading cause of death among college students. The incidents of suicide in college students and young adults have increased in the decades gone by. For the latter, the suicide rate has tripled over the past 70 years.

Data from 2019 reveals that about 13.3% of students seriously considered ending their lives over the preceding 12 months. About 2% went as far as attempting to end their lives.

Demographics of Mental Illness in College

3 out of 4 college students committing suicide are male.

Data from the Centers for Disease Control and Prevention (CDC) show that about 75% of college students who are victims of suicide turn out to be male. This points to women students being comparatively better off dealing with suicidal thoughts and related mental illnesses.

Non-traditional learners at a higher risk.

African-American students and other non-traditional learners are at a greater risk of facing mental illnesses while in college. The dropout rates among these sections are also higher. Lack of access to support systems is one of the major hurdles for this category of students.[/vc_column_text][vc_column_text]

Academic studies and data have been consistently showing that campuses are immensely prone to mental health-related issues. College students are prone to several mental ailments with deadly consequences. The numbers keep on rising as well. As such, campuses that are primarily centers of education need to focus on mental healthcare and related facilities. Taking cognizance of the heavy prevalence of mental health issues in colleges and universities, authorities and these institutions have been trying to devise methods to combat them. But the statistics tell us that efforts need to be further scaled up to bring down the high incidents of mental ailments on campuses.

Academics is traumatic for more than 50% of students.

Conventionally, there has been a stigma associated with mental health issues. As a result of this, people across age groups tended to opt against going for medical help. Even today, that tendency persists to a certain extent. However, several changes are also visible. Many universities have also stepped up the game and set up some mental healthcare infrastructure on campus. On-campus counseling centers are indeed seeing an increase in the number of students reaching out to them. But the statistics show that although there is progress, the numbers are not yet satisfactory. Despite the shortcomings, they have contributed to an increase in students seeking help for mental illnesses.

About 50% of students reported that their college didn’t know about their mental illness.

College student mental health statistics reveal that almost 3 in 4 students experienced a mental health crisis. However, about 34% show that their institution did not know about their mental health issues.

The number of students seeking medical help is increasing exponentially.

A Penn University report from 2019 offers some good news. It reports that the number of students who self-reported cases of anxiety and depression have increased over the previous 8 years.

Efforts have indeed been made to combat mental health issues on campuses. Campus-based initiatives can do a lot to improve student mental health. But there is a common refrain about on-campus centers feeling overwhelmed and unable to manage the demand they experience from students. In many cases, students end up having to wait long periods to get appointments with counselors is a matter of grave concern.

Between 2014 and 2019, there was a 35% increase in students reaching out for help with mental illnesses. However, the increase in the number of counselors on campus on average was below 19% during the same period.

Most campuses do not meet the benchmark.

Industry experts state that campuses require a counselor-to-student ratio of 1:1500. Thus, the benchmark is not adhered to, and in some Universities, the numbers are as low as just one counselor for 4,000 students.

A more committed analysis of the mental health facts of college students is long overdue. The numbers point to deep-seated issues that require urgent redressal.

More than half experience anxiety.

As many as 3 out of 5 college students admit that they face overwhelming anxiety. This extremely high number is a cause of concern and a major piece of evidence about how stressful campuses are at the moment.

Depression is a major concern.

A 2019 report by the Pennsylvania State University identifies depression as one of the primary mental health challenges on college campuses. However, the growth in depression rates was reported to have slowed over the previous year.

A high prevalence of eating disorders is found among female students. Around 25% are prone to the threat of ‘binge and purge’ as part of managing body weight. More generally, about 91% of female students follow unhealthy diets to control their body weight.

An objective analysis with the help of credible statistics shows that there is a significant correlation between mental illness and college life. The numbers, for the most part, show a steady increase. Depression and anxiety continue to be the most significant mental health issues among college students. It is a positive sign that more students are reaching out for medical help to combat these issues. Universities have scaled up resources to provide on-campus mental health solutions.

However, these facilities prove to be grossly inadequate to meet the rising demand. Students end up having to wait for weeks to get an appointment with on-campus counselors. More attention and investments are required on the matter of mental health among college students.

What percent of college students have stress?

The mental health statistics of college students point to the fact that around 80% of students experience stress while in college. Almost 50% of college students report that they experience more than average levels of stress. Several factors contribute to this high incidence of stress. Two of the prominent reasons are financial issues and academics. Excess amounts of stress can have a debilitating effect on the life of students. In addition to harming academics, it can lead to many other mental health issues as well.

How do college students deal with mental illness?

The stigma associated with mental illnesses has weakened considerably over the past few decades. There has been an increase in awareness of mental health issues. Consequently, there has been an increase in college students seeking medical help for such issues. The overwhelming nature of on-campus counseling centers due to the demand from students for such services is an indicator that more students are seeking help. However, this increase in numbers does not mean that all students who experience mental health issues are seeking help. The greater share of students who experience mental health issues continues to opt against seeking medical help. Some do not even recognize the fact that they are affected by such issues.

Can school stress cause mental illness?

Students’ mental health statistics show that stress is one of the major drivers of mental illnesses. School stress pushes a large number of college students into mental health issues. About 80% of college students experience at least an average amount of stress. High-stress levels are one of the most common reasons for mental health issues such as depression and anxiety. Stress can quite accurately be termed as the root cause of many mental health issues. If not given proper medical attention, stress can have far-reaching implications that persist throughout an individual’s lifetime and deteriorates the general quality of life. As such, effective stress management practices must be incorporated on campuses.

How does anxiety affect college students?

College student mental health statistics reveal that anxiety is the most common mental illness among college students. There are many different forms of anxiety, including Obsessive-Compulsive Disorder (OCD), panic disorder, Social Anxiety Disorder (SAD), etc. Like depression, anxiety can also lead to more harmful consequences, including suicide. It can affect academic performance and even interfere with one’s social interactions. If not treated, anxiety can have lifelong implications and reduce the general quality of the individual’s life. Academic data shows that there has been a slowdown in the growth of anxiety among college students over the past eight years. However, it continues to be a significant issue with fatal consequences.

Helen is the co-founder of admissionsly.com, a career guidance website for students and young professionals.

Whether you’re looking to find any information about school or college or online courses, or maybe switch careers, or advance at your current position, we answered all your questions unbiased and professionally.